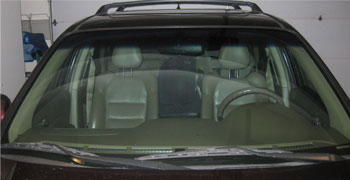 Llumar air blue window film has come out with an impressive film, the AIR BLUE series. This film has a VLT (visual light transmittance) of 78%, Total Solar Energy rejection of 43% (compare that to 3M FX Premium 35 at 38% TSER) and 99% UV rejection. Looking at the photograph you can see the slight ‘blue’ hue in the film as well as the incredible clarity. 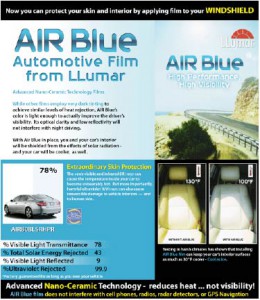 Llumar AIR BLUE or Air 80 window film is really an excellent product that uses nano- ceramic technology to achieve its exceptional performance. It is light enough to legally be considered ‘clear’ on most applications, yet it performs very well as you can see from above. We typically use this film on windshields because it cuts out a lot of heat, protects your interior AND looks crystal clear! We often apply Llumar Air 80 film on the windshield of a vehicle in combination with Huper Optik Pure Ceramic window film for all the other windows. It doesn’t make a lot of sense to pay for a high heat rejection film like Huper Optik and then leave out the largest window in your vehicle. It makes a huge difference in the heat rejecting capabilities. AIR BLUE is also recommended by the Skin Cancer Foundation to protect you from damaging UV rays. On top of everything else, it’s the most economical choice compared to the other windshield films we carry and this makes it our top seller for windshield film applications. 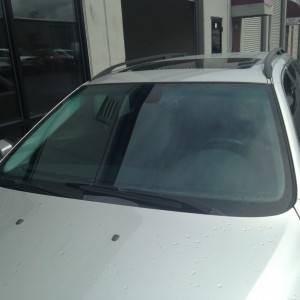 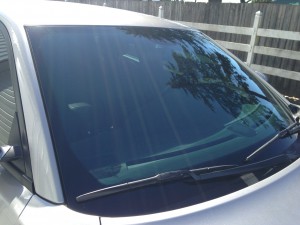 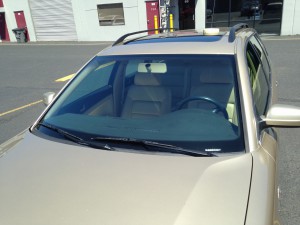 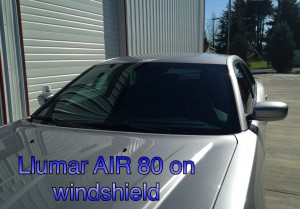